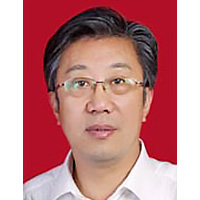 Dr. Cao is an Adjunct Professor in the Faculty of Forestry at the University of British Columbia (UBC) and has been President of Nanjing Forestry University since 2010. He previously served as Vice President at the same university between 2000 and 2009, and as Vice Associate Dean and Dean between 1994-1999. He completed his Masters degree at Nanjing Forestry University and his Ph.D. at UBC. He concurrently serves as Vice Chairman of the Chinese Society of Forestry.

Dr. Cao has led 25 national, provincial and ministerial research projects. Fifteen of them have been awarded by the country and the provincial Department of Science and Technology Progress Award. He is particularly interested in Ginkgo (Ginkgo biloba) and has conducted comprehensive studies on its biology, genetics and silviculture. He has contributed to several research projects at UBC involving climate change adaptation, genetic improvement of Gingko biloba, and sustainable use of Gingko plantations. He has co-supervised ten Ph.D. and Masters students at UBC over the last five years.